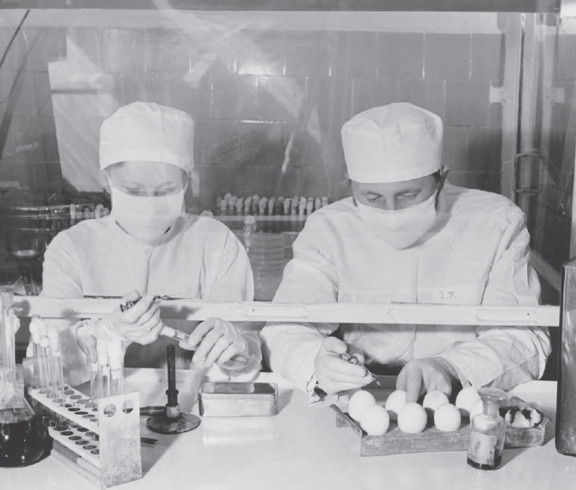 As an independent research institute, the Veterinary Institute was established by the decree of the Council of Ministers of June 6, 1945. It declared that "The Institute is the central research institution, has the right to establish branches and manage their work throughout the State, and reports directly to the Minister of Agriculture and Land Reform.” The quoted section of the decree emphasises the high profile and significant importance of the institution founded 70 years ago. The heritage of the Institute stems from the Veterinary Department of the State Research Institute of Rural Husbandry in Puławy. The establishment of the independent research institution was initiated by a group of people led by Professor Witold Stefański. A grand contribution to the foundation came from the Head of the Department of Veterinary Medicine, Dr Kazimierz Zagrodzki. Owing to his involvement and extraordinary energy, the building which is the home of the Institute was constructed. The organisational structure of the newly founded Institute was very broad; it comprised the research units based in Puławy and Bydgoszcz, but also had oversight of the vaccine and sera production laboratories, as well as regional departments of veterinary hygiene, which functioned as diagnostic laboratories. Initially the main objective of the Institute was the production of biological preparations and the diagnosis of infectious and non-infectious animal diseases, whereas the research role was secondary. However, as time went by, the research activity expanded and a systematic approach was imposed. Beyond doubt, the separation of the production laboratories from the Institute in 1952 and the takeover of the regional departments of veterinary hygiene by the veterinary administration in 1960 contributed highly to that conversion.

At that time, several new departments and laboratories opened up, including the Department of Foot and Mouth Disease in Zduńska Wola, the Department of Research on Leptospirosis in Wrocław, and the Department of Drug Technology and Control in Warsaw. In the successive years, new departments and laboratories emerged in Puławy, Gdańsk, Bydgoszcz and Swarzędz. All these transformations enabled the Institute to concentrate its major efforts on scientific activity, solving problems essential to the improvement of the general health of the animal population, the hygiene of food of animal origin, and the development of a scientific basis for better effectiveness of the veterinary service. The organisational structure at that time comprised departments and laboratories representing particular scientific disciplines: bacteriology, virology, parasitology, biochemistry, pathomorphology, pharmacology, toxicology, physiopathology of reproduction and mammary gland, and animal hygiene and hygiene of food of animal origin. There were departments with the remit for investigating the diseases of particular livestock animals (bovine, sheep, swine, horse, poultry, carnivore and fur animals, fish, honey bee), and another bearing responsibility for studying such critical diseases in animal husbandry as foot and mouth disease, tuberculosis, brucellosis, leptospirosis, enzootic bovine leukosis or deficiency diseases. As the years went by, it became apparent that the broad organisational structure of the Institute generated excessive operational expenses; furthermore, the activity of several organisational units was incompatible with the ever-changing objectives and obligations of the Institute. Hence some of the departments and laboratories, especially those located outside Puławy, were gradually closed down, transformed or merged with others. As a result, only the departments based in Puławy and the Department of Foot and Mouth Disease in Zduńska Wola remained.

In 1994, the Ministry of Agriculture and Food Economy introduced the possibility of specialization in 17 veterinary disciplines. To this end, the Commission for Veterinary Specialisation of Poland was established, and the Institute was obliged to provide the Commission with technical and organisational services. Initially the specialisation training programmes were only conducted in the Centre; with time, the specialisation programmes, mainly clinical ones, were also implemented by the Faculties of Veterinary Medicine at universities.

In 2001, a 4-year PhD programme was introduced at the Institute, which not only aimed to educate highly qualified young people but also to create an opportunity for recruiting these alumni to the Institute. The programme was open to both veterinary medicine and biology graduates. 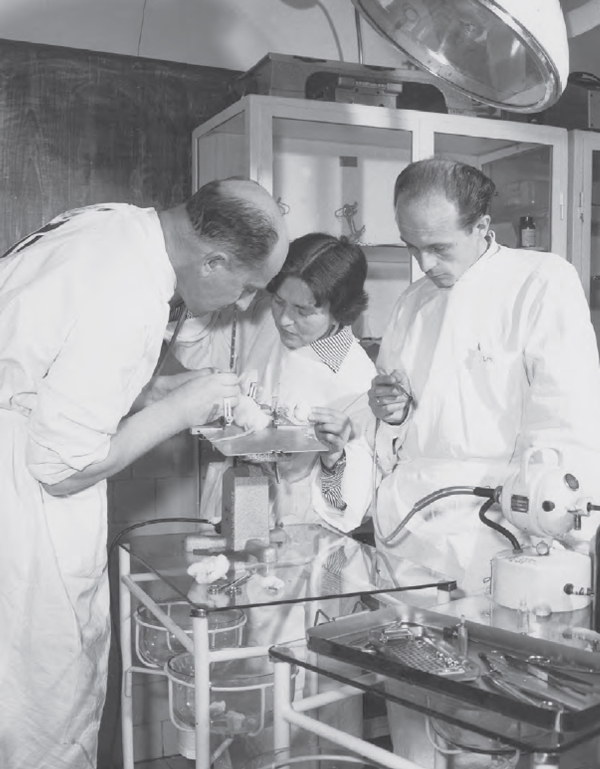 In 1996, a Quality Control Officer was appointed at the Institute. This action ensued in order to introduce a management system based on international standards and requirements for scientific research and laboratory testing laboratories, especially in terms of legal regulations. As a result, following the mandatory audit, the research procedures applied at the Institute were gradually accredited, proving the adequate competence level of the personnel performing the testing.

The need for national public health surveillance as well as the responsibilities for animal health protection that result from Poland’s membership in the EU lay the foundations for the Multiannual Programme called “Animal and human health protection”, which was designed and accepted for the implementation at the Institute in 2003. The research results within the framework of the Programme supply data on the present status of animal diseases, with particular attention to zoonoses as well as food and feed contamination in the country, and at the same time provide the opportunity to analyse the tendencies of these phenomena. They also preserve the status of Poland as a country free from some diseases, which consequently allows unrestricted trade of animals and food of animal origin produced in Poland. The beneficiaries of the Multiannual Programme results are the Ministry of Agriculture and Rural Development, the Veterinary Inspectorate and the State Sanitary Inspection.

In 2003, a ministerial decree by the Minister of Agriculture and Rural Development appointed National Reference Laboratories for animal infectious diseases, including zoonoses, as well as laboratories for residues of the substances prohibited in food of animal origin and in feedstuffs. As the seat of the reference laboratories, the Institute was listed in the EU Accession Treaty.